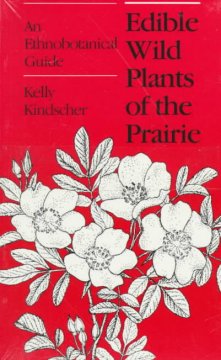 Edible Wild Plants of the Prairie: An Ethnobotanical Guide

This is one of Sam Thayer's favoirte foraging books, having read it cover to cover at least 30 times.

White settlers did learn a few plant-based remedies from the Indians, and a few prairie plants were prescribed by frontier doctors. A couple dozen prairie species were listed as drugs in the U.S. Pharmacopeia at one time or another, and one or two, like the Purple Coneflower, found their way into the bottles of patent medicine.

But in both the number of species used and the varieties of treatments administered, Indians were far more proficient than white settlers. Their familiarity with the plants of the prairie was comprehensive there probably were Indian names for all prairie plants, and they recognized more varieties of some species than scientists do today. Their knowledge was refined and exact enough that they could successfully administer medicinal doses of plants that are poisonous. All of the species used by frontier doctors were used first by Indians.